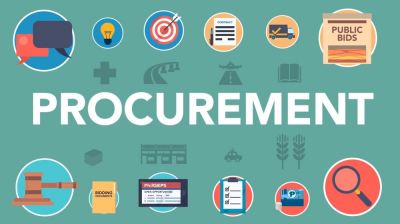 Public Procurement roughly accounts for 25-30% of developing countries expenditures according to a World bank report on Strengthening Sustainable Public Procurement and therefore poses the highest corruption risk in developing countries. Procurements may range from frequent small and standardized Request for Quotations type, procurements of pens and computers, to large and more complex, albeit fewer in number, Request for Proposal type, procurements of roads, IT systems and Public Private Partnership arrangements.

There however remains a number of corruption risks across pre-tendering, tendering and post award stages. For example, the expose on Covid irregularities by the Auditor General and Parliament oversight committees at The Kenya Medical Supplies Agency makes for an uncomfortable reading. The scale and nature of the procurement irregularities point towards an indictment of corporate governance controls in Government agencies. There is also limited transparency. For example, annual procurement plans and large government contracts are rarely published.

With such a robust legislation and institutional architecture in place to regulate procurement in the country, one wonders why the same corruption related practices keep recurring? In order to answer this, one has to appreciate the context of public procurement.
Automation becomes another remedial intervention. There is, currently, no comprehensive e-procurement system in the country. Some e-procurement functionality exists within IFMIS, such as supplier and government entity registration, annual procurement planning, bid solicitation, contract and payment information. The information, however, is not publicly available. It’s however significant to note that tangible progress has been made by the Public Procurement Department over the last five years. Presently, The Public Procurement Department , is expected to design, develop and launch a new electronic Government Procurement system (E-GP). The process of tendering for the contractor to develop the software is almost complete. Piloting of the system is expected to be done by year end. The full rollout is expected in June 2023 barring no further delays.

International Experience of high middle-income countries such as Kyrgyzstan and the Philippines suggest that deployment of even a partial procurement automation solution could save at least 10% of procurement spending. These would translate into savings of approximately 200 billion shillings for the country, enough to cover the cost of construction of six projects like Thika Superhighway annually.

Yet, we do not have to wait for the e-Procurement system that may take a few more years to fully materialize. Transparency is an undervalued international practice.Large Public Procurement contracts should be made public. In practice, Government procurement is subjected to different transparency standards compared to private sector procurement. In public procurement, there should be a distinct audit trail, with all information clear and accessible. In my view, if a supplier is willing to do business and profit from public monies, they should be ready and willing to have such contracts made public for scrutiny.

There is a lot that can be done now. Contrary to international good practice, the annual procurement plans for government agencies are not published in the centralized manner on the Public Procurement regulatory Authority Public Procurement Information Portal. Publication of procurement plans would help suppliers better prepare for the upcoming bids, increase competition, reduce cost and improve quality of goods and services procured.

Regardless whether contracts are published or not, the award notices on the portal must be much more informative to Include quantities of goods/services purchased so that people could see the unit price and beneficial ownership information was highlighted by IMF. Indeed, The primary, if not, the significant bottleneck in procurement reforms remains the close-knit relationship between politicians and private business. One significant takeaway from the parliamentary inquiry into the KEMSA covid scandal is the realization that most companies that won the lucrative tenders were referred or had close relationship with Politicians.

The legal counter argument of contract confidentiality lacks merit, why would a public contract, meant for public benefit, be made confidential? To what end? Good international practice suggests that the most important contract information should be captured in the e-GP system and be made publicly available. Also, it is an increasingly good practice for the full text of the contracts themselves, and especially larger Government contracts, to be publicly availableAs a country, we have to adopt international best practices and localize them. Of importance, we have no alternative but to adopt and operationalize an end-to-end e-procurement system.

Broadening Revenue Streams On Own Source Revenue for Counties
July 29, 2022